Dr. Tejinder Singh is an Oncologist based in Mumbai, Maharashtra. He has a MD in Internal Medicine as his main qualification. Besides this, he has obtained his doctorate with a DM in Medical Oncology. He also has completed numerous training modules connected to his area of specialization.

Since December 2011, Dr. Singh has been associated with the Fortis Hospital as Mulund, Mumbai as Consultant Medical Oncologist. In addition, since October 2010, he has also been associated with various other hospitals such as the Fortis Hiranandani Hospital in Vashi, the Fortis Hospital in Kalyan and the Apollo Hospital in Bangalore. Prior to going into professional practice, he was stationed at the Kidwai Memorial Insititute of Medical Oncology, Bangalore as a Senior Resident from September 2007 to July 2010. Dr. Singh began his academic career as resident at the BYL Nair Hospital and TN Medical College, Mumbai, and then went on to work as a Clinical Assistant (Medical Oncology) at the PD Hinduja Hospital, Mumbai from August 2006 to January 2007. He then served as Lecturer for six months until July 2007 in the Department of Medicine at the Dr. DY Patil Medical College, Navi Mumbai before taking up senior residency for a month at the Department of Medical Oncology at the Tata Memorial Hospital in Mumbai. Earlier, he was resident at the Department of ENT, BYL Nair Hospital and TN Medical College, Mumbai from February 2002 to November 2002 and resident Medical Officer at the Guru Nanak Hospital, Mumbai from August 2001 to January 2002.

Dr. Tejinder Singh’s postings included stints at the medical oncology OPD, inpatient wards, pediatric oncology unit, emergency/casualty unit, stem cell transplant unit, and minor OT. He has actively participated in academic activities like seminars, case presentations and multi-disciplinary meetings besides having taken theory lectures. During the course of his work, he gained first-hand experience in managing autologous stem cell transplant patients independently. In addition, he worked as a resident medical doctor in general medicine, observing and treating medical patients, as well as overseeing a variety of cases in different specialty departments like cardiology, neurology, nephrology, haematology, and rheumatology. He has also worked in the intensive care unit section for six months during this period managing critically ill patients.

Dr. Singh has been actively involved with research-based activities, having conducted several clinical studies as a co-investigator. He has also contributed with numerous articles and papers which have either been published in peer-reviewed journals of repute, or presented at medical conferences and symposia, where he is a regular attendee as a delegate or faculty. He sees himself as a dedicated medical oncologist with strong communication skills, who is continuously seeking new opportunities to nurture his skills and knowledge.

Below is the list of some of our consultants providing Medical Second Opinion & Medical consultation online. 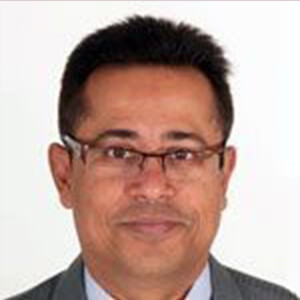